How to Find Five Minutes a Day to be Creative

Last time I posted I shared my friend’s pledge to be creative if only for five minutes a day, to take time to explore and nurture that part of her being. A worthy goal, I thought and so I jumped on board.

It hasn’t always been off screen, or creative in itself, perhaps reading about a technique, but I’ve cut patterns out, and material, sewn pants, and wound yarn. I’ve also finally got another couple of posts up on Love Letters to Tucson which involves considerable time, time taking photos, time processing them a little, time reading the manual, a bit too much screen time I think, but still.

For me, finding five minutes day means being satisfied with just five minutes. Not feeling like I have to complete something in that time. I can just do five minutes and be done.

I’m already comfortable with such an approach to house cleaning, I’m not sure why it’s taken such a big leap to get to it with this side of my life.

I spend too much time in front of a screen. It’s true. I do. Do you? I find myself not spending enough time doing. This thought process sort of goes along with my recent posts about my Action Plan and my new project Love Letters to Tucson (I’m off to the gym shortly and I have a session planned with the lovely Julie of Tucson Mama and Tucson In Style tomorrow.)

A dear friend recently issued me a challenge, one that she has set for herself – to do something creative every single day for the next year. This friend has a newborn, a five-year old and works an insane number of hours a day as faculty at a small liberal arts college. Fitting in something creative every single day is no small task, but so important for one’s mental health I think. Go check out what she is up to over here at Simple Creative Year. I’m going to take her up on that challenge, although not post everyday.

Our recent trip to see the in-laws in Nebraska, and beautiful friends in Colorado (yes Moni, that is a push for you to post more) and New Mexico has inspired me too.

At Auntie Bean’s (the aunt Bean is named after) this confectionary of creativity inspired me. A hand-stitched cathedral quilt made of scraps of material of old dresses. Can you imagine how many seasons of BBC’s Robin Hood I’d have to give up to make that?And the pillow of satiny loveliness featured at the beginning. All hand-stitched. It’s enough to inspire and to daunt. So, I’m going to go for smaller goals as Simple Creative Year is. Our stop in New Mexico provided some lovely examples, but I’ll have to wait until another time to share those as I have an appointment with the gym, and then a play date, and work, AND with creativity.

Recently Green sat me down and expressed his concern that I was getting all wrapped up in work again. I know, I packed ‘work’ in a year and a half ago, but somehow each week I was increasing the time spent, fitting work in not only while Fox naps, but late into the night, when I should be taking care of my health etc. My hobbies had gone by the way side. Free time was work time. After a fabulous meeting at work I sat down and thought about what I was actually being asked to do by my boss, and what Green had said. I didn’t have to be doing as much work as I was, the only person driving me to spend this time was me. So, I’m trying to step back and hopefully get back some time to spend on gardening, on taking photographs, on my health, on sewing etc.

However, I am a bit of a project person and I’ve had a project languishing for about two years in recesses of my brain. A year and a half ago I got a website, talked some friends into being guinea pigs and then did nothing. The website and a few photos have sat doing nothing, until now. During our little conversation Green encouraged me to pursue my interest in photography, and so armed with that encouragement I launched my project yesterday. I present to you Love Letters to Tucson. You can find it here on Facebook. I could have spent months fussing with technicalities which is what I was tempted to do, but frankly this is supposed to be a bit of fun, a little love letter to the community I live in so I pushed publish and it’s out there now. The website needs work, but I’ll do that if I have time. Until then, it’ll do. 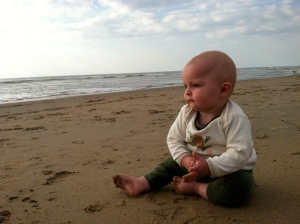 Speaking of photos, this is one of my favorites from our recent trip to the Netherlands, Green was at a conference and we went Eurocamping again.

Tagged as Love Letters to Tucson

When there is a topic you think should be out there and being discussed, but the way to start the discussion is to be honest and share your struggles how do you find balance between honesty and TMI? Today I’m thinking specifically about this post in peeing your pants, but it could be about anything.

Bean starts kindergarten at the beginning of August. I know, crazy early, but so nice to get a week off in October when the weather is lovely. She is increasingly interested in communicating through writing and understanding what day it is. Today after looking at her calendar and discussing various upcoming events, like when she gets to see Granny, we tried this again: Today is Sunday.
Of course, if you pronounce it as Sommertday it might look like this

Filed under Sweet Spot of Parenting

Grrrrr.  There I was working quite happily while Fox naps next to me when I hear on our local NPR station that there is an upcoming local piece on open adoption, entitled even “Open Adoption – Bringing Two Families Together”. I’m thrilled as I wait for the piece to come on. A local story about open adoption from the first mother’s perspective – wahoo! I consider texting Big Mama to see if she can get to a radio to hear as well. (We talk and laugh about open adoption and the negotiating this wild relationship a fair bit. We also talk about gardening, science, photography, community, parenting, education and Fox, and our daughters too.) I’m just about to text her with a link to the online piece when we hit the half way mark and I stop. This isn’t a story about open adoption at all. This is a bit about one woman’s decision and the immense love she feels for her son (good), but it is just as much about a Christian agency’s anti-abortion agenda (bad).

Below is the rant to the journalist who ran the piece that I was prompted to write. Go watch the video and tell me what you think?
Open Adoption brings together Two Families
Was this a lost opportunity to talk about open adoption? What do you think their agenda really was? Did this educate the public about open adoption at all?

As an adoptive mother who is part of a fully open adoption I was excited to hear a local story talking about open adoption.

Imagine my disappointment when the resultant story was in fact not primarily about open adoption, what it looks like and the importance of connection for the child at the center being connected to their first family, or how families meld and grow and negotiate this fragile and less traditional relationship, but over 50% about a local Christian adoption agency whose focus appears to be on advising just two options and does not consider 25% of the US population as potential adoptive parents.

I was interested to hear Mary’s perspective on her decision, to hear her voice, but the post has little to do with the nature of open adoption. What I wanted to hear about in a piece titled Open Adoption Brings Together Two Families is what open adoption is, why it was important to Mary, what it looks like, how Trevor and her interact, what is the relationship like with the adoptive family. How they have negotiated this open adoption. What advice would she give to other families embarking on open adoption.

All I could garner about open adoption from this piece is that Mary and Trevor had at least yearly visits and she receives photographs. What about communication in between? What about Mary’s older children how do they feel about it? Today, most parents who place their children for adoption are in their late 20s and typically are already parenting children. This would have been an interesting avenue. The fact that Mary chose the adoptive parents via the match letter doesn’t indicate openness. Did they have opportunity to meet before or after? I want to hear from Trevor. What does he think? How has the agency supported Trevor, Mary, the children she is parenting and the adoptive family in negotiating the complex world of open adoption before and after placement and ongoing?

While I appreciated hearing the voice of a first mother (adoptive parents often command larger voices in media and society) about why she chose to place her child for adoption, I am disappointed by the lack of discussion about open adoption in a piece entitled Open Adoption Brings Together Two Families. The fact that immediately following today’s airing of the post the announcer suggested that if you would like to hear more from the ‘other side’ there was a piece about Planned Parenthood of Arizona’s position on abortion and on the wide array of health services (beyond abortion) for women it provides confirmed my suspicion that this piece was actually about anti- abortion sentiments and not about open adoption. Mary has an important story to tell about open adoption. I want to hear it. Please tell that story.

You can share your thoughts with the author of the story here.

Filed under Adoption, open adoption, religion, the business of adoption